This is the quaint little farm on a winding river that captured our hearts a decade ago. 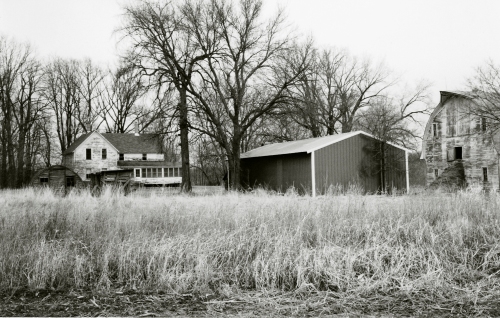 Although it didn’t look like much, we fell in love with this old rundown farmstead the first time that we drove up.  The building that we found most charming was this old round-top barn. 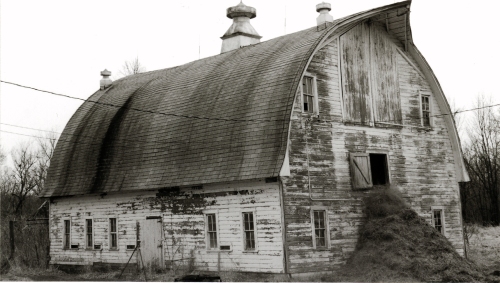 The granary stood near the farmhouse and was on a foundation of brick columns that were collapsing.  We liked the look and size of the building and thought it had some potential. 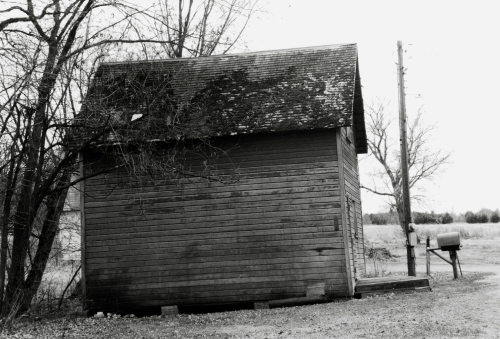 The layout of the farmstead seemed somewhat haphazard and the chicken coop and small corn crib seemed out of place.  Our first thought was to demolish the chicken coop because it was so deteriorated.  The unique shape of the building caused us to reconsider our intentions and we decided to attempt a restoration. 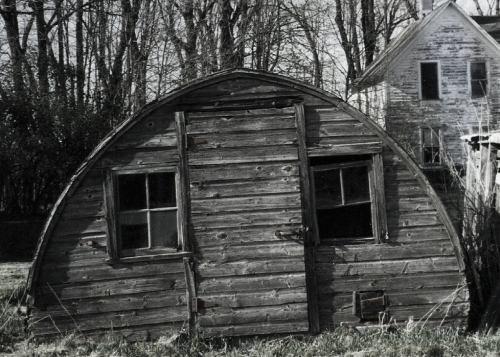 We were aware of various property tax incentives available for saving old homes, but after much deliberation and hand-wringing we decided that the old farm-house was just too far gone to save and that we would need to build a new home.

And so we decided to go for it.  We would buy this old farmstead and start its transformation into our own little farm so that our family could dabble in country life.

4 responses to “The Original Farm”