A Field of Ice

We were enjoying warmer spring-like temperatures a week ago here in Minnesota and our ridiculously large piles of snow finally started melting.  All that melting snow meant that a LOT of water was trying to make its way from our hay-field down towards the river.

The water was still backed up in the field when the temperatures plunged to below freezing once again over this past week.  As a result, our hay-field turned into a giant ice rink.  With a free day on the calendar yesterday, the kids decided to take advantage of the ice. 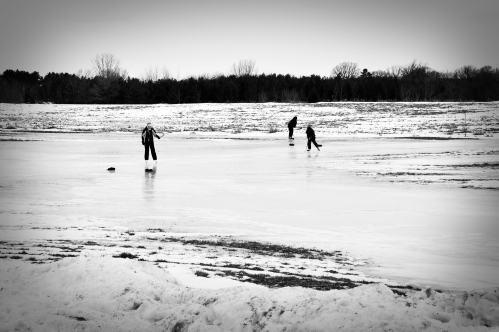 They grabbed their ice skates, some hockey sticks and a tennis ball and headed out to the hay-field. 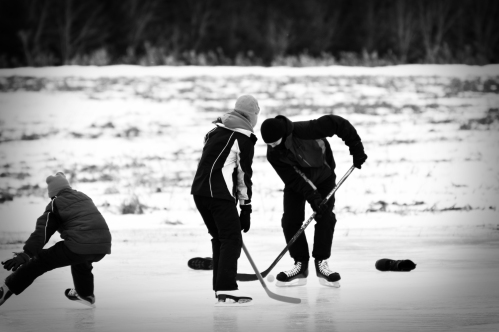 With their boots in place to mark the goal area, it wasn’t long before they had a lively game of hockey going on. 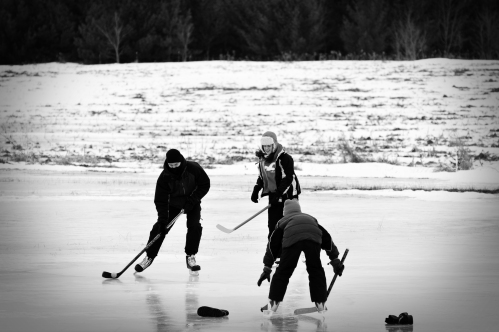 None of my kids are hockey players, but I think they do pretty well on the ice for only getting their skates on a couple of times a year. 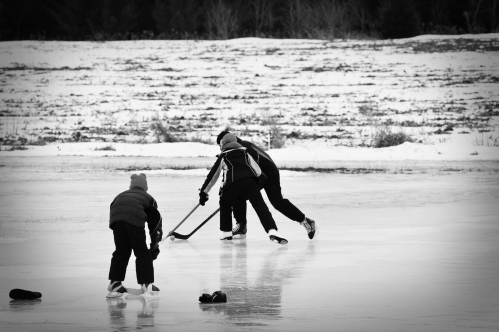 I thought they were a little crazy at first when they decided to head out to play on the ice.  The latest winter storm was rolling in and the wind was really whipping out of the east.

I was freezing when I went out to take pictures of them.  As I glanced out the window later, I noticed they had taken their jackets off and were skating around in sweatshirts!  These kids are hardy Minnesotans! 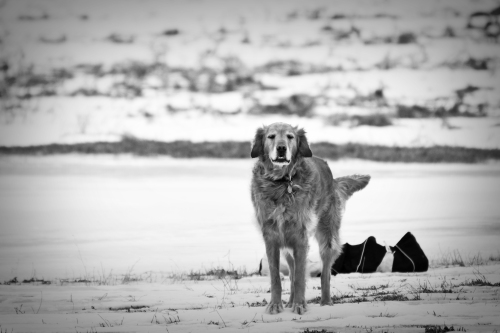 Sofie was trying to figure out what we were all doing out in the hay-field.  She went out to watch the kids play and when I showed up to take pictures she looked over at me inquisitively.

Everyone eventually came inside to warm up and enjoy our Sunday brunch.

The predicted snow finally started to arrive in the afternoon and the kids talked their dad into going out on the ice before the snow covered it up. 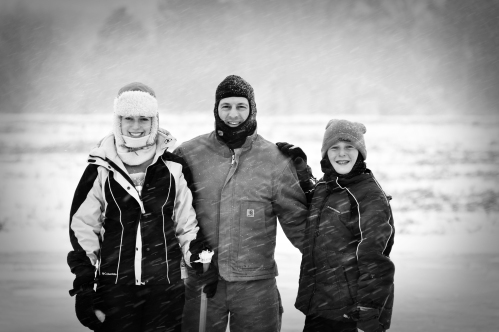 I went out to take pictures again.  I didn’t last long.  I’m a Minnesota girl, but am definitely not as hardy as my husband and kids.

Each year around this time, I tell myself that I am better suited to live where it is always warm and they have palm trees and sandy beaches.  I always get over it…you have to when you live here. 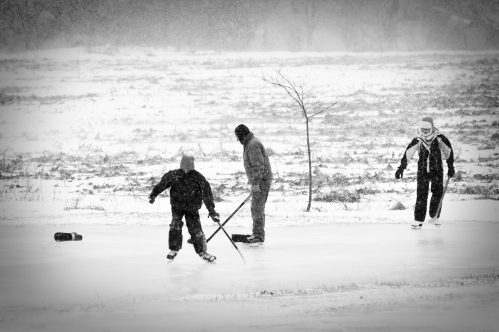 It snowed the rest of the day and through most of today.  We now have about a foot of fresh snow!  The recent teasing of a spring thaw is just a distant memory, as we are now buried in snow once again.   And so is the ice rink in the hay-field.

Hockey in the hay-field.  I never would have imagined…

2 responses to “A Field of Ice”