If She Only Knew…

Our dog Sofie is a Golden Retriever, a hunting dog.  She lives to go bird hunting in the fall.  Every time the boys get out the guns and their blaze orange vests, Sofie runs to the back of the truck and waits to get in.  She whines and she paces.

We often take her on walks down the road from our house and if there is a pheasant anywhere in the vicinity, she manages to pick up their scent.  If she is not on the leash, she takes off and inevitably flushes them out of the tall grass.  If she is on the leash, she pulls, tugs and whines for the opportunity to find the bird.

A few Easters ago, we had family over to our house for dinner and an egg hunt.  After dinner we walked around outside, showing the family the various projects we were working on.  To our surprise, a rooster pheasant flew out of the hayfield right towards us and landed a short distance away on the driveway.  Before we could even react, Sofie had spotted the bird and took off after it.  The pheasant took flight and headed for the woods.  Sofie took off in that direction and our oldest went after her.

None of us are sure what exactly happened over in the woods, but unfortunately the pheasant did not survive the ordeal.  Our son saw her disappear over the river bank and she eventually came back up proudly carrying the pheasant in her mouth.  It was a victory for her.  This is, after all, what she is supposed to do, right?  Well, not exactly, especially when it is not hunting season. 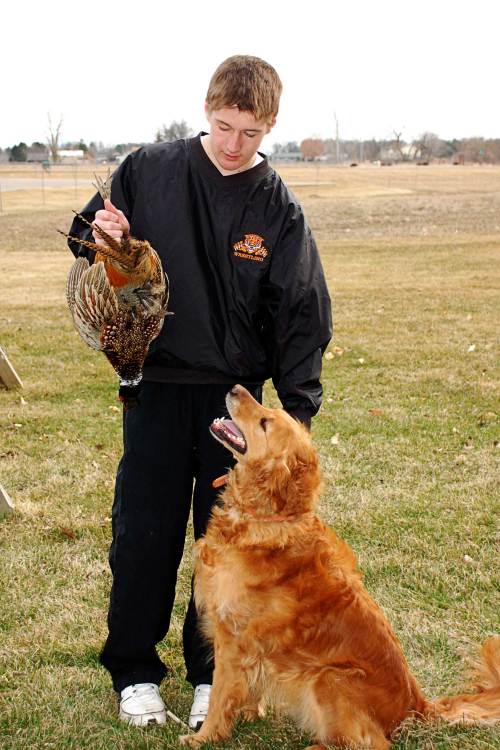 Knowing her love of tracking down and “catching” pheasants, imagine my mixed emotions when I glanced out our back living room windows today while working on my computer and saw this… 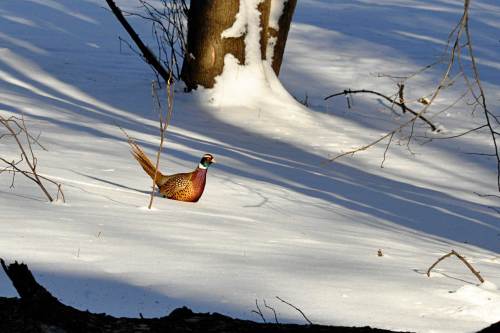 A rooster pheasant right in our back yard!  I knew Sofie was outside somewhere and I hoped that the bird would go unnoticed by her.

The pheasant seemed unconcerned about predators as it waddled its way through the snow. 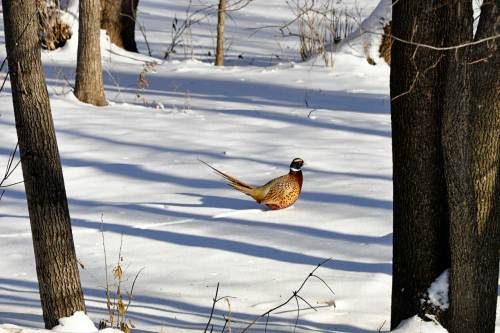 I grabbed my camera and started to take pictures.  He looked so stunning with his vibrantly colored feathers against the bright white snow.  He continued to make his way across the back of the house and up along the side.  I started to get nervous for his safety as he moved closer to the house because I suspected that Sofie was on the front porch.

Something eventually spooked the bird however, and he took flight.  As beautiful as these birds are on the ground, they are even more magnificent when airborne. 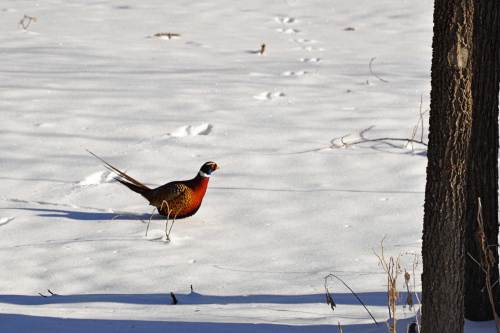 Once the rooster was safely in the air, I turned to look out the window for the dog.  This is what I saw… 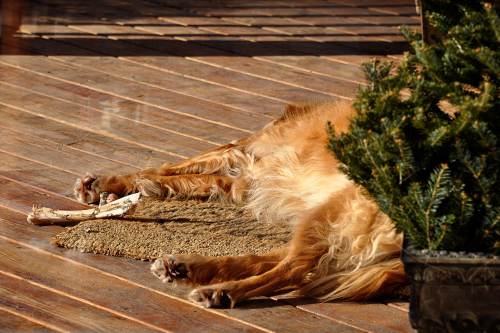 Sofie was fast asleep on the front porch, enjoying the sun, with her beloved deer leg that she salvaged out of the woods nearby.  She had absolutely no clue that this bird, her absolute favorite critter to hunt, had wandered so dangerously close to her. 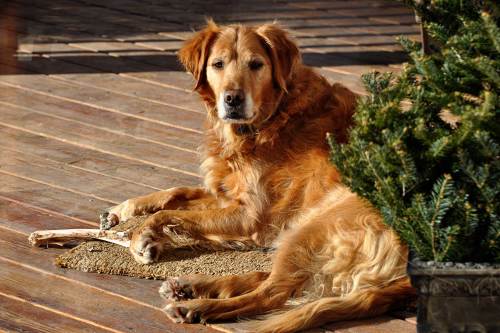 She must have sensed my presence, or heard the snapping of the camera through the window, because she popped her head up to look at me.

Our cat Tiger, on the other hand, he could care less about what is outside during the day.  Especially when the sun is shining and he is laying on the back of a comfy chair inside the house. 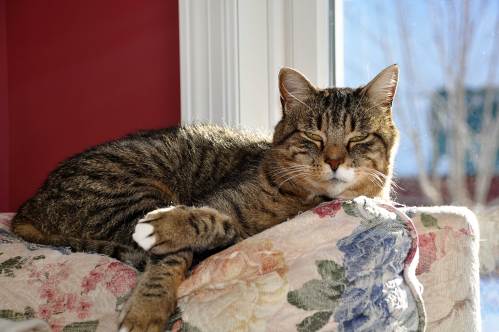 His only concern was the noise I was making with the camera.

I was annoying him. 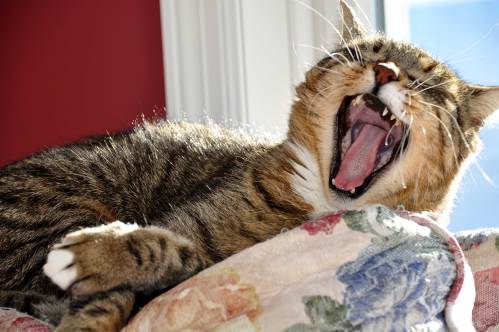 And then he tried to ignore me and get back to sleep in the sunshine. 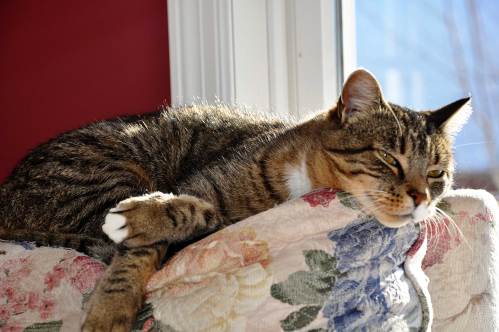 It’s just another day in the country.

2 responses to “If She Only Knew…”